In the years since its founding, the TRON project has grown to become one of the most feature-rich platforms in the industry thanks to its extensive suite of blockchain products and services. The platform features a dedicated non-fungible token (NFT) marketplace, fungible and non-fungible token standards, a specialized dApp system, an interoperable BTT Chain, a decentralized stablecoin, and more. We’re going to discuss each of these features in more detail in the following sections.

TRON allows for the creation of new tokens via three distinct token standards whose role in the ecosystem is similar to the role of ERC-20, ERC-721, and others on the Ethereum platform. Here’s a quick breakdown of TRON token standards:

BitTorrent Chain – also referred to as BTT Chain – is a scalable heterogeneous blockchain designed for cross-chain interoperability. BTT uses Proof-of-Stake (PoS) and multiple validator nodes to achieve a high degree of security, albeit at the cost of higher centralization. Thanks to a dedicated cross-chain bridge and inherent interoperability, BTT enables a seamless transfer of digital assets and dApps across supported blockchains.

SUN Network, also known as DApChain, employs a sidechain design and is compatible with the TRON Protocol. Sidechains use DPoS consensus and connect to the TRON mainchain, which allows developers to more easily deploy and migrate dApps. In addition, thanks to their project-specific design, sidechains are cheaper to run and boast low-cost transactions.

USDD (originally named Digital USD and later renamed to USDD) is a decentralized stablecoin on TRON, BNB Chain, and Ethereum that is pegged to the value of the US dollar at a 1:1 ratio. USDD is issued by TRON DAO and collateralized with a basket of cryptocurrencies, including TRX and USD Coin (USDC).

TRON DAO is the largest decentralized autonomous organization (DAO) in the industry. Users can participate in the DAO with TRX to take part in the decision-making process and directly influence the future development of the TRON platform. 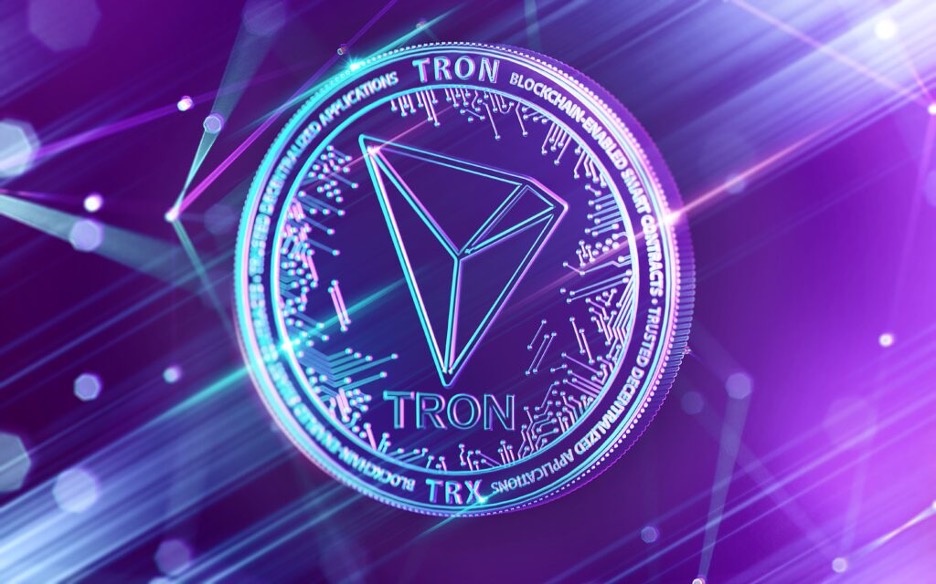 TRON is an open-source blockchain platform that went live in June of 2018. Prior to the mainnet launch, the platform’s native asset TRX existed as an ERC-20 token on the Ethereum (ETH) blockchain. The TRON blockchain is designed to host smart contracts and decentralized applications (dApps). Similar to the concept popularized by Ethereum, TRON can also be used to issue custom blockchain-based tokens, which must adhere to the project’s own technical standards, such as TRC-10 and TRC-20.

Here’s a quick overview of key facts about TRON and its core blockchain features:

What is TRON and how does it work?

The TRON platform aims to provide the scalability required to support popular dApps by employing a delegated proof-of-stake (DPoS) architecture. This design allows the TRON network to perform fast transactions with minimal fees. This has allowed the platform to become one of the most active in the industry in terms of transaction volume – TRON-native Tether (USDT), for instance, regularly tops the lists of most transacted cryptocurrencies.

Some of TRON’s biggest competitors when it comes to popular blockchain platforms for smart contracts and dApps are Solana and Ethereum. Projects such as BitTorrent (BTT) and WINkLInk (WIN) have used the TRON platform to create their own tokens and raised funding through token sales.

TRON employs a 3-layer blockchain design, with a dedicated storage, core, and application layer. TRX, which stands for TRONIX, is issued by TRON DAO, a decentralized autonomous organization (DAO) governing the TRON ecosystem. TRX is used as a primary medium of exchange and as the main asset covering transaction fees on the network.

The TRON project was founded by Chinese entrepreneur Justin Sun, and its development is headed by the TRON Foundation, which was established in 2017. The TRX token started trading on cryptocurrency exchanges in September of 2017, after the successful completion of the project’s initial coin offering (ICO) campaign in August 2017. In total, 15,200 BTC (worth approx $70 million at the time) were raised in the month-long public sale of 40 billion TRX.

It is worth noting that Sun has drawn substantial amounts of criticism over the years, both for his often brash and outspoken behavior and for allegedly copying features from competing blockchain platforms (such as decentralized stablecoin, token standards, etc.).

According to TRON’s 10-year roadmap, the final stage of the TRON development outlined in the white paper is slated to roll out in 2027. In the future, the TRON team intends to pursue safer and faster TROM Virtual Machine (TVM) operations for enhanced smart contract functionality, better cross-chain support, and deeper decentralized finance (DeFi) integrations, with an end goal of building an all-encompassing Web3 hub.